MINEXTAB® Floating is a valuable tool for active ingredient with narrow absorption window.
This gastro-retentive delivery system (GRDDS) has is based on MINEXTAB® technology, with floating and swelling features in order to prolonged the gastric retention time. 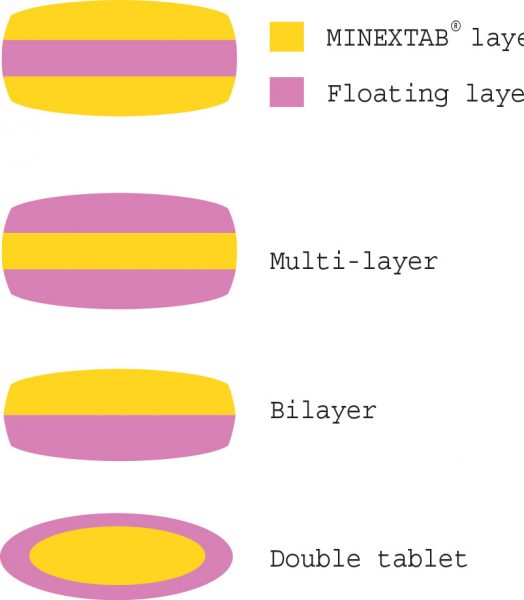 The active and not active phases have a common surface or are separated with polymeric layer.

In case pharmaceutical composition is formulated under tablet form, the tablet can be bilayer or multilayer tablet;